Ask most people and they might tell you that young teen drivers going too fast in dangerous conditions are responsible for most accidents. They would be wrong. If you want to know the facts about car crashes, ask a towing service in Belleville, Il… or ask IDOT. 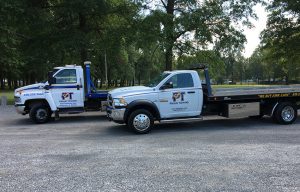 Here’s the accident break down for the 2048 reported car accidents that left motorists stuck on the side of the road in Belleville, IL.

Weather Conditions For Belleville, Illinois Car Crashes: You might think that the majority of reported crashes happened in bad weather. But, in fact, the majority (786) happened in clear conditions. Only 100 were reported in rainy conditions and even less in snow and ice. In 778 accidents the road condition was listed as “dry,” and only in 178 was the road reported as “wet.”

The type of accident that was reported 316 times was the “Front to Rear” collision. Someone was following too close behind another car or misread the front driver’s intentions and ran into them from behind. We see an uptick in this type of accident as a result of distracted driving. People sometimes glance at their phones at a stop light or stop sign and mistakenly think the car in front of them is proceeding only to find that they stopped to let another car pass. Then, Bang!

The second most frequent type of car crash in Belleville, IL was reported to happen while turning. 226 accidents occurred when making a turn and misjudging oncoming traffic.

According to the IDOT report, the most dangerous days to be a driver in Belleville, IL was Friday, with 171 of reported accidents happening at the end of the work week. Tuesday was the next dangerous with 160 accidents reported. Maybe this was a result of too many drivers daydreaming about Taco Tuesdays at their favorite eatery.

The State’s accident report shows us that 3pm was when most accidents occurred (94 accidents), followed by 5pm (87 reported accidents) and 8pm (60 accidents). So be careful when you’re heading out to pick up the kids at the end of the school day and driving home from work.

Visibility seemed not to be much of a factor, with 690 accidents happening during daylight hours and only 185 happening in the dark on lighted roads. But this might be explained by the fact that most driving occurs during the day.

Most accidents involved drivers who were in a “normal” condition, with 33 Belleville accidents involving alcohol intoxicated drivers and 10 who reported being “fatigued.” So, get your rest and avoid driving while under the influence of anything.

What were the ages of drivers involved in Belleville auto accidents? 103 were males between the ages of 25-29, and 90 were female in the same age range. So, the stereotypes of the careless teen driver or the unaware old driver just didn’t hold up according to 2019 statistics.

Nobody wants to have their day ruined by an accident. And we sincerely hope if you are involved in an accident that it’s nothing more than a fender-bender.

As a reminder, please drive safe when you’re out and about in Belleville, IL. And, if for any reason you require professional towing and recovery, call the most trusted name in roadside assistance: Paule Towing. (618) 233-7464